I enjoy reading - always have. I've read a lot of fiction which I can just get thoroughly lost in for hours. I especially love science fiction because it gives glimpses of the future, however fanciful or farfetched they might describe. But I've also always enjoyed history, recent or much older. I find it helps give me perspective on how our world got to where we are today. Recent history is very exciting because I've been alive through it. I remember reading about it in the newpaper or watching it on television.

As we approach Memorial Day I'm reminded of the books I've read of real people, in real events, dealing with life and death. This American holiday was set aside for us to remember those who gave their lives in service to our nation. I could talk about veterans from much of the last century and even the current one, but I'm going to focus on a specific group that I just recently read about. 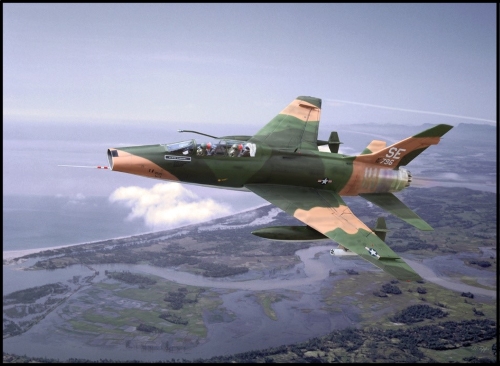 The Misty FACs
From June 1967 through May 1970 a program with the official name of Commando Sabre, but better known as "Misty", operated out of Phu Cat AFB in South Vietnam with the purpose of providing Forward Air Controllers in jets capable of supersonic flight. "Their mission was to fly fast and low over enemy territory, armed with only their cannons and marking rockets ... so low that they could see the targets ... SAMs, AAA sites, trucks, bridges, boats, bulldozers ... whatever. Their goal was straightforward: disrupt the transfer of enemy supplies and equipment down the Ho Chi Minh trail." It was extremely dangerous - planes returned with damage far more often than not. But they were flying about as free as a military pilot can. By themselves, flying pretty much any way they wanted to because the point was to direct attack planes to targets to interdict supplies originating in the north from reaching south. They were effective, amazingly so, but hampered by our own government and sometimes their own service, the supplies they stopped didn't have a choking effect on the war they had hoped to have. But they flew. Every day for hours at a time. For most of them it was the best flying they ever had. But there was a price. 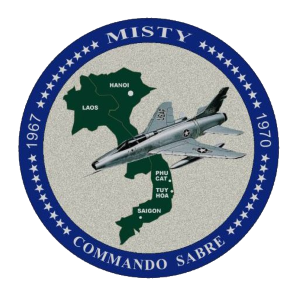 Quite a few of them were shot down and rescued, but not all. Col. Bud Day, the first Misty commander was shot down in August 1967 and held as a POW for over five an a half years. He was awarded the Congressional Medal of Honor. Three others, Bob Craner, Guy Gruters, and P.K. Robinson were also Misty's who were POWs. But of the 157 pilots who served in Misty, eight never returned home: Howard "Howie" Williams, Michael "Mike" McElhanon, John F. Overlock, Laurent "Lee" Gourley, Jefferson "Scotty" Dotson, Patrick "Pat" Carroll, Lawrence "Larry" Whitford, and Clyde Seiler.

When I read the stories of these men and others like them, I shrink in comparison. These were real heros. Not some over-paid athlete or celebrity, but men and women who served with distinction. They served our country and they served each other. They gave their lives for both. Those that survived do not see themselves that way. They see their comrades that didn't return as the real heros. I'll live with their decision on that.

As you enjoy your holiday in a country that is still free, reflect on those that gave the full measure.